Best Netflix Movies 2019 – All the New Released Movies and Series

Netlfix is one of the most popular video streaming sites that have turned out to be a favorite among all. The video streaming apps streams movies, series and more for all age group. Regardless of what genre of video you are looking for, you can find it on this video streaming platform. But with the wide range of options available, It is quite difficult to find the right movie to watch can turn out to be a daunting task. Even though you have already bookmarked a lot of series and movies, but picking out the right one among them is confusing. To enjoy a movie or series,  it is important that is perfectly suits your mood or something that can be watched along with your partner, friend or family members. And after a hectic day, it is difficult to choose the right one to watch. Check the list of best Netflix movies below.

So, to make things easier for you, we have listed some of the best Netflix movies that is going to be available this year in Netflix which you shouldn’t miss out. The library is assembled with the top movies that are either streaming, or going to be released this year and the hidden gems which people often tends to ignore but are worth the watch. The list that you will find below is updated with all the latest movies and series. So, keep on reading to find out more about the best Netflix movies of 2019 that you should watch once. 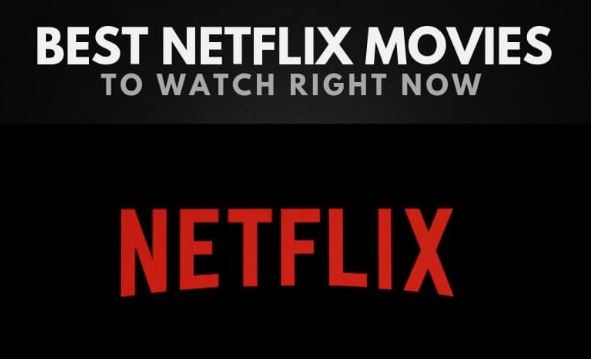 Directed by Jon Turteltaub and starring Nicolas Cage, Justin Bartha, Diane Kruger along with Jon Voith, Sean bean, Christroper Plummer and Harvey Keitel, the National Treasure is one of the most awaited films of Netflix. With a preposterous plot, the movie is filled with excitement, where Nicholas Cage plays the role of an American historian who is out for a treasure hunt. But soon after a series of unfortunate events, Cage finally manages to steal the Declaration of Independence which consist a secret treasure map that is drawn on the back of the declaration and no one was aware of it.

Even though the history buffs will disagree with some of the scenes, but overall, if you are not much of a criticand just want to have some good time, then this movie is a perfect watch which you can enjoy with your family accompanied with some pizza and fuzzy drinks.

Even though the film was released in 2013, it remained mostly under the rugs despite having an IMDb rating of 71 out of 10. The snowpiercer is a sci—fi based film where Chris Evans, known for his outstanding role as Captain America in the Marvel Cinematic Universe, plays the role of an inhabitant who survived an apocalyptic which was the result of a failed climate control experiment.

The handful of people, who made it through the apoclayspse survived on basic survival foods and Chris Evans helps them to survive and lead the whole group after they boarded the train which is known as the snowpiercer which is set to travel around the globe and creating their own class system and economy. It is one finest movie that is filled with augmented reality and fantastic plots.

Directed by Richard Curtis, the director who also directed ‘Love, Actually’ and screen played by Rachel McAdams, Domhnall Gleeson, Lindsay Duncan, Margot Robbie and Tom Hollander, About Time is one of the finest romantic comedy that narrates the story of a young man who learns that his family has the capability to time travel from his father.

After the young man misses his only chance with the girl he was in love with, he uses the opportunity to time travel and goes back to the date when he met his love for the first time. But, even though, at the beginning of the movie, it massy seem like that the movie foucses on a romantic relationship between a young boy and a girl, but digging down further into the story, it  reveals that it  is a heart wrenching story of the young boy and his father.

No motion picture hits to the core of existential disquietude very like The Graduate. In spite of the fact that the movie to a great extent pursues the plot beats of Charles Webb’s tale, chief Mike Nichols found the one of a kind blend of chuckling and hopelessness in the story of Benjamin Braddock (Dustin Hoffman), an ongoing college alumni who, unfit to choose what he needs to do with his life, takes up laying down with his fundamentally more established neighbor, Mrs. Robinson (Anne Bancroft). Nichols accomplishes a splendid mix of silliness and tenderness as Ben attempts to stake out a way for his life just to discover impasses and new issues.

Albeit some may point to the film as a quintessential transitioning motion picture, I’ve observed The Graduate to be amazingly significant in my youngsters, 20s, and 30s since it’s a motion picture that holds returning to how we never have everything totally made sense of, and any endeavor to have everything totally arranged is a waste of time. The Graduate personally comprehends the parody and the deplorability of that errand. – Matt Goldberg

5. The Silence of the Lambs:

The Silence of the Lambs is one of the finest thriller movies that have been ever created in Hollywood. The film was released in the year 1991 and was directed by Jonathan Demme and written by Ted Tally. The movie is one of those five movies who managed to bag “The Big Five Oscars”. The story of the movie is sure to send shiver down your spine. It is one of the best films that you will find in Netflix.

Starring some of the most famous actors of Hollywood, the Avengers infinity war was one of the most awaited movies of 2018 and have earned mammoth in the box office. It is the perfect movie for adults as well as for children.